This was made with the pectin from the lemon peel but it was then removed from the final jelly..  as you know, we have been having a marmalade week and if you wanted, you could turn this recipe into marmalade very easily.

6 lemons, washed, peeled and thinly sliced, roll the lemons, get as much juice as possible add a half cup of your choice Crown Royal add them together and then measure them out, then do a straight 1-1-1 . That is one cup of the mixture to one cup of sugar to one cup of water, bring to 220 at the boil and till you have a good set always check it on your chilled plates, then strain out the peel and jar up your hot jelly and into water bath ten min 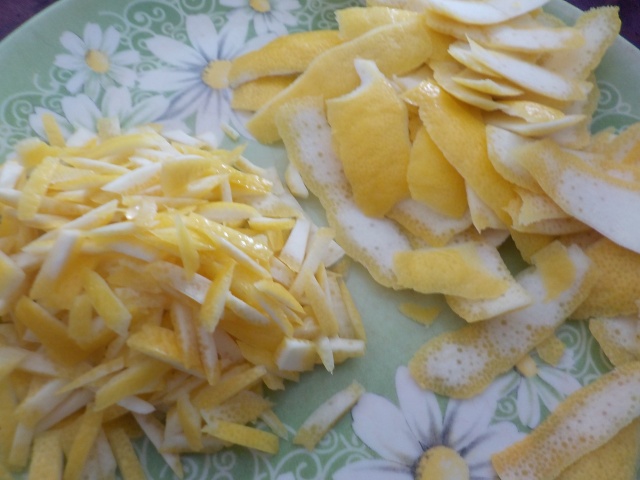 If you want it as a marmalade.. put your peel in a pot and cover with water and simmer till clearer, softer about 20 to 30 min and then strain, and follow the same above but leave the peel in and instead of jelly, it will be a lovely marmalade with peel in