Hello Folks, I am going to do my best heading into 2017 to have a big old tracking year, I need to do this and I have the book, the paperwork and the plan..  I will make it happen..

So this is the first month of scales, daily writing of what is coming in.. O the fun.. (not) lol.. but if I can get into a daily habit, it will prove to be much easier.  I think that I will need to get my own little second book for this, its proving at times to take to much room in my current recording book.

An so it starts..  While I do have a soaping scale, I am going to round things into pounds or fractions of pounds just like I took everything into pints, regardless of the jar size itself..  so it can be a quarter of a pound, half a pound, a pound an so forth.  Yes, I know I am Canadian but I was raised with gallons and pounds, I am the crossover gen and it never stuck any more then it needed to.. give me feet, pounds and inches!

Started in April  and continued to be grown and or planted out in May – A ton of garden seedlings and flowers, I am so rounding this one out for the sake of my fingers and typing.. Needless to say.. I have planted out

The real question is how? do I figure out returns on this and I have decided that until its planted in my garden or harvested and eaten.. its just sitting there and growing.. but not cost counted.

Outside, in May, we planted out rows of carrots, beets, turnips, winter turnips, radishes, beans, two blocks of corn, cabbage, potato’s, we will continue planting as time, weather and work allows. This week, we will get all cucumbers, squash and pumpkin plants and such planted out.. Sweet Potato’s will be done in the next week as well hopefully.. there are 75 plants in total that need to go out.

18 pounds of Burdock root –  (really people) 5 dollars a pound for fresh eating and 15 per pound for cubed and dried.. Ok then..  -90 dollars (all leaves are going for fodder for sheep and pig)

30 pounds worth of Dandelion heads at 2.50 each (and I am low but they started out smaller and now are much bigger heads)  -75 (some of these are being used for fodder for the little pigs but I am bringing in a average of a pound a day this month)

20 bunches of green onions (this one is tricky, I have both green onions up and coming in but I also have a lot of just the greens of walking onions coming in, we had a price drop in stores and at the farmers market so I am reflecting that) 1.99 per bunch -40

Mint – I am not sure how to count it, but 3 pounds of mint so far.. it was used fresh to make cold tea and hot tea and in cooking.. but going to put it at 3 per pound -9

I have harvested just shy of 4 pounds of rhubarb flower buds, but I have no idea how to price them? I think they would have to be considered either a speciality food.. so lets go 5? per pound -20

No sprouts this month, I have moved to yard greens only! 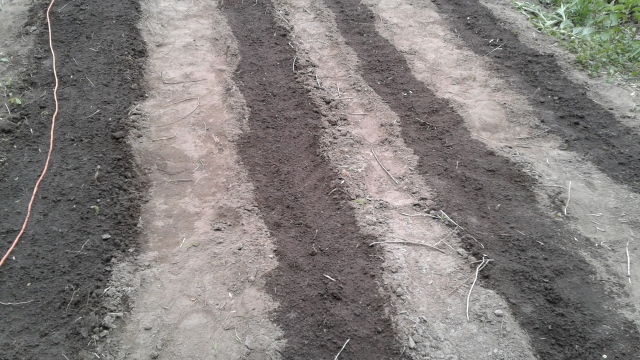 March imputes: Sprouts -2 trays per day.. organic mixed sprouts each tray is slightly bigger then the tray at the store at 3.99 each.. so that’s 8 dollars per day in sprouts