Getting Ready for spring egg laying.

I know it seems like its right in the hard part of winter and I know from talking to my family and friends that they are either into hunker down mode or they are hitting the slopes, the trails and loving the cold and snow..

But for me here on the farm.. right now the days are getting longer and that means that for my geese and ducks and chicken hens that each day that that light triggers them..

The ones feeling it the most are my lovely geese, the girls are getting all protective and spending far more time in their house, so I made a second house so that once fully bedded down it will give them a choice of a second nesting area.. I think there is room for two nests in the bigger winter house but I also want to make sure they get the choice of together or their own..

The bigger Gander is the sweetest thing but he is giving me the eye (see above photo) and if his girls are in their house, he will even hiss at me.. he thinks he is tough.. LOL.. he is so not tough..

Now these boys, they are tough.. they are the guard geese and they even make the horses back up.. nothing funnier then watching caleb yield his feet to the goose coming at him.. they are about double the size and weight of the breeding geese, they don’t use the barn much and they are out in the open pastures, where as the breeding geese are safely tucked into a pen..   Maybe this year I will get some new females from the breeding geese and give each of these boys a new goose to bond and mate with, I am sure they would make excellent fathers..  well I am sure Honk would.. I am not as sure of Pom, he is already over the top at times in spring.. I might have to put him and his lady up till babies come so that he does not feel the need to defend quite so much..

Pom was to be the mate  for honk.. and they are bonded but it turned out that Pom was not a girl after all, just a well breed male of his breed.. 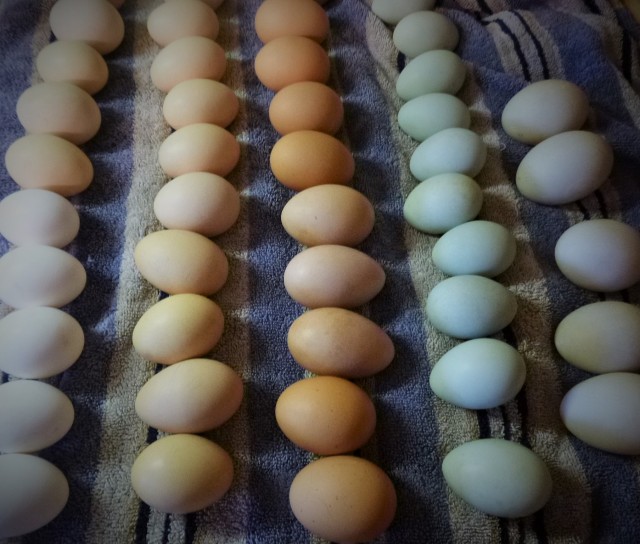 I will be bringing out the incubator this week and give it a full clean up, as I will be setting my first batch of 4 planned hatches in the next two weeks or so and I want to give it a clean up and test run for at least 72 hours to a week to make sure nothing needs to be repaired or replaced.

Speaking of babies.. still waiting for those baby bumps to keep growing on the ewes..  no bagging up yet but my records show that at least two girls could have lambs as early as the next two weeks..

Hair sheep wool is so interesting to me in winter, its cute and thick but its still not at all like a wool sheeps is at all.. This is my most fluffy hair sheep coat.. and its a nice thick one, no snow is going to get though it and she will shed it out fully in the spring..

I tried to get a photo of my pouting duck hens but they are having none of it today, yesterday we caught them and I trimmed their wing feathers so they could not fly up and out of their pen (this was for their own safety) but today, I am the bad mom.. so give me a day or two to make it up to them and get them in a better mood LOL  They are also now well set up with their nesting box’s and in two weeks I will switch all the hens over to breeding rations, which will mean a increase in protein in their feeds and it will mean a increase to twice weekly for vit and mineral water given out.. as well as increased sprouted grains (barley). I should do a post on their breeding feeding programs at some point..

2 Responses to Getting Ready for spring egg laying.