Posted on October 6, 2019 by Just another day on the farm

It had to happen but its early..  three weeks early.. Oct 5th.. the first hard killing frost arrived on the farm.. even the things we covered which would have made it though a light frost with the covered, had been hit hard under their sheets and row covers..

This was not the first light frost of the fall garden season.. this was the killing frost of late oct.. and it did its job well..

Saturday very hard frost meant that the bugs took a huge hit as well, but it did warm up to 17 and while it had a cool morning, it was clear/sunny and a perfect work in the garden day..

I would like to tell you that I did a good amount of garden work but I did not, I directed and Jason worked non-stop. By early afternoon, I caved an crawled into bed for a rest while he kept on working.

We knew this frost was coming and so the night before, the last of everything was picked and brought in.. I buckets, crates and massive bowls all over the stairs, on cupboards, on the floor and covering my dining room table and more..

The garden clean up has started, everything that could be pulled up and feed to the pasture herd’s or the flocks was done and those that can not where added to the compost piles.

So spring started late with hard frosts happening until mid-May.. anyone who put out “early” in spring of 2019 got caught by hard frosts and had to re-start and or replant or rebuy..

Our last spring frost was a full two weeks later then average and a full three weeks from “the norm” on the farm over 15 years of tracking.

I did not plant out my “heat” until the first week of june..  they had all been green house started and I continued to buy and plant out bigger starts for the next three weeks as the kitchen garden was built.

I planted things by seed in june and into the first part of july.. I was able to do a few rows into the later part of july even with the heat and drought in place as I watered those rows only twice daily and they all did very well with this.. 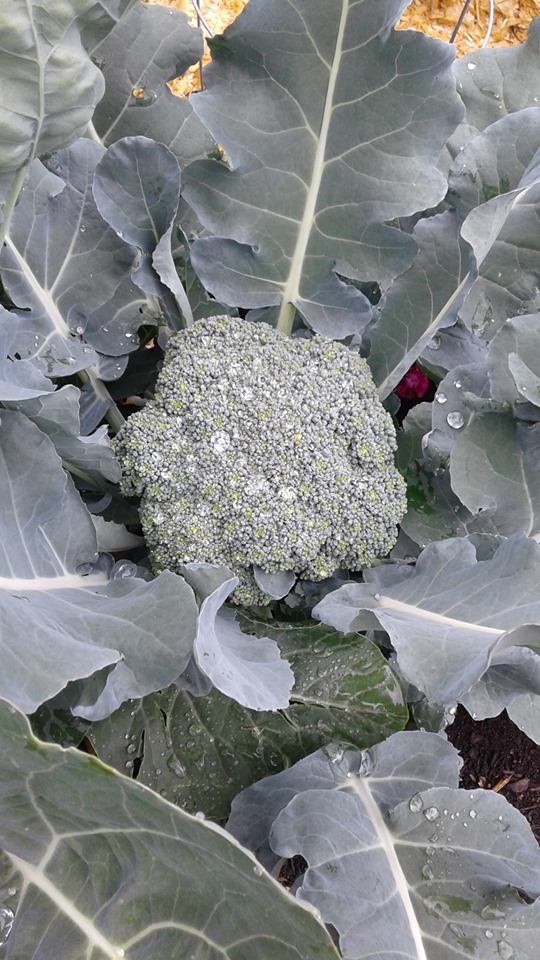 The second point is that the drought started close to the time of the heat.. but the rains did not come at the normal time.. they normally start in the first week of aug, second week and then we have the second heavy push of growth that allows me to extend long into fall..

This year.. the rain did not come until the last week of aug..  and did not really start till sept to be honest.. This put the rains a full three weeks late from the norm..

Are you doing the math?

My garden season was shortened this year by 7 weeks.. I lost a min of 49 growing days this year! and that my friends is a massive difference in grow days!

I got around this by ordering in green house started plants for a number of my hots so they got the days they needed and yields were excellent.  I planned and planted heavy calorie crops, lots of roots and so many beans this year..

I wanted and got a put up year.. and while I am keeping back some seed on a few things, that was the second thing I gave up, I am really glad I didn’t grow or use some of my favorite seeds this year as I might not have gotten then to finish and would have lost the seed return this year.

I either bought seed or only used seed that I had a couple years put up of it from my seed stores.

Considering we started making these gardens in may and we are still making gardens now, I am beyond grateful for the yields and returns that where gotten from these new gardens..

I am pleased.. truly pleased with what the garden yielded.. yes I had some area’s that need work, yes I had struggles, yes I could have planted other garden area’s but I was tightly focused this year on what could be done and what could not be..

We have reaped the rewards of the focus and will continue to do so though the winter and well into next year.. jar after jar of produce has been put up, freezer after freezer is being filled..  and as planned, we will be heading into winter lean critter wise, which will reduce costs and give us more time/money to work on other projects.

I know that I got much bigger yields this year then many other people locally did.. as I have watch hundreds report their  losses..  I did have losses as well.. the corn did not produce anything and was used as animal fodder..  the squash was very poor this year..

My big gardens are full of plants.. most of which I do not want and that will need to be pulled out and burned at a later point in the fall if time allows it..

Time slips by, faster and faster!

As all gardener’s know.. next year is a new year!

This entry was posted in Food Storage, Garden harvest, Life moves on daily and tagged Garden overview 2019. Bookmark the permalink.