In regards to the most part lambing has been going really well this year, other than the “tiny twins and their mother” that lambs have all been born healthy and strong.. No stillbirths, no weak starts to the lambs, no help needed in regards to lambing out.  Momma’s all bonding well, lots of milk and active fast growing lambs. 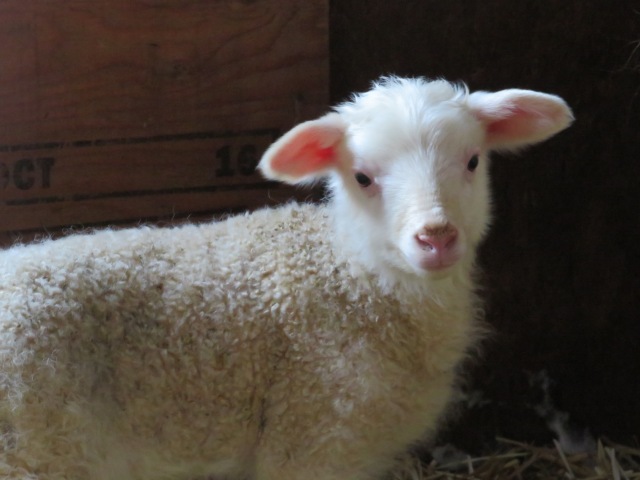 Maude’s lambs are Massive and both ewes and sadly both are non-staying, due to the fact that they have extra teats.. Something I had not seen on her before but she had always thrown me rams before, so I do not know if she throws more often than not. She does not have extra’s herself and perhaps when crossed with a different ram, it will not show itself but I certain will now be aware of it in her line.

Pardon the bit of manure on this little ewe but just so you can see what I am talking about.. Now the issue with these should be clear enough, a ewe only has two milking quarters and regardless of if these two little front teats are giving milk or not (many do not) if a lamb latches on, it will typically get 5 to 10 percent of the milk available and keep trying hard on it, where just behind that teat, is the good teat with lots of milk just sitting there waiting and not being properly used.

While I know there are some folks that are not as picky. I am. I do not hold back or breed from ewe’s or nanny goats that do not have proper bag placement, good teat placement and shape. I will not sell them either, they are freezer camp when they reach the right age.

It’s a ewe lamb year for sure.. we have currently Seven ewe lambs and we had 4 ram lambs. Areo had twins, I was not expecting that, she has twin ewe lambs, both good size, the first-born chocolate lamb with the white head is bigger then her white sister but it’s not because there is anything wrong, it was just the space in momma and she is eating really well and growing well.  Photo of her below.. Her big Sister is A1 and she is A2.. 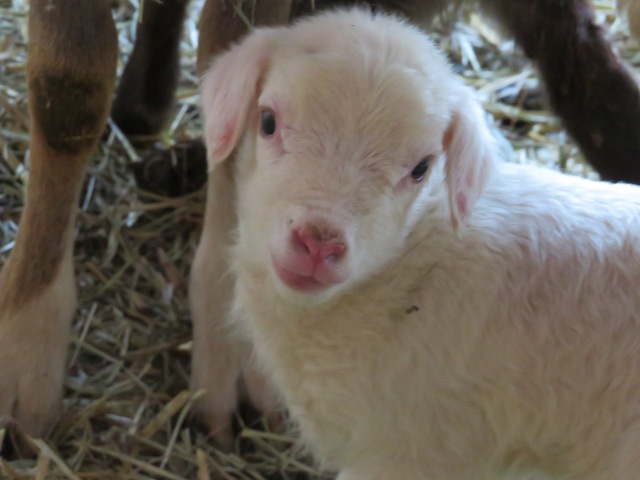 Now in regards to the “tiny twins”

Sadly they are no longer with us, the smallest one H2 had a rapid onset lung infection (which is very common in such a tiny lamb, all it takes is a bit of fluid from birthing or swallowing wrong and the problem just grows from there)

H1 however was a bit different, I was pleased with his strength, his willingness to take the bottle, however hidden under that seeming good news was a very deadly issue. I had noticed that his cord was a touch swollen, it had been dipped and left pretty long. I was concerned that it was the bedding that was a touch to damp that was not helping this, so I moved them over to a soft pad under the puppy pads so that all piddles would be soaked up and they could easily move to a dry spot to rest on and the littles ones cord dried like normal.. Not so H1’s, I treated it again and went, I think infection, so he was given a antibiotic treatment as was H2 in the hopes to help on this.

H1 peed at just right the moment for me while I was checking his cord and I just stared, as he was peeing out his cord area instead of his man part.. well no wonder if was never drying out, showing signs of infection and not healing up despite what I was doing. It was sending the infection and rot up into his wee body though that cord..  Because they are side by side, everything looks right from the topside when he was going.

Its my understanding that they can also have this kind of infection in the cord if birthed poorly or in dirty conditions but I know that this was not the case as they were born in a jug on clean straw.  Part of the reason we clip and dip is to help prevent this type of thing from happening even with everything else being normal.

Poor little wee baby..  I have had sheep for 15 years and I have never had seen this before and hopefully I will not again.. After some more reading, checking in with some of my trusted mentors and vet.. everyone was in agreement that when the full case was laid out that the most humane thing would be to help H2 cross over.

A hard choice to be made but it was the right one for sure.

This entry was posted in sheep and tagged Breeding sheep, Cord infections in lambs, ewe Lamb with four teets instead of two, Lambing 2019. Bookmark the permalink.