One More Storm to go! This and That Post. 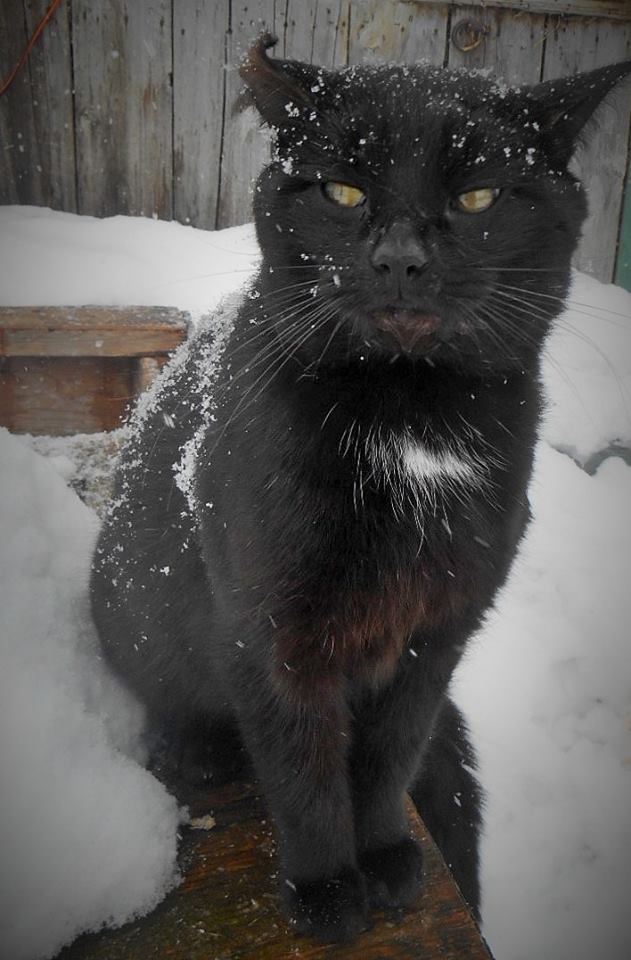 Sunny Cat’s look sums it up so nicely.. its snowing again mom. We had a blast of winter come in.. first we had brutal cold, the deep full moon cold, the sky’s were clear and the cold pressed down onto the farm in breath stealing deepness.  Despite many layers it was the type of cold that you felt in your bones after time outside and that you needed to take breaks between chores to warm up.

Then came the winds-cutting into cheeks and bring redness and blinking watering eyes, double layered hands and three layered bodies, but the real fun was still on the way.. SNOW!

It shut down the State below ours, it turned our area in to a deep snowy mess, those that were on the roads took the brunt of it.. 30, 40 or 50 car pile ups, sadly deaths are being reported, vehicles sliding off roads, a chemical spill that sent people involved to the hospital and 15 of the first responders had to get medical help as well.   In the city up the road from the farm..  people were stranded in their vehicles for up to 13 hours.

Some had a winter kit in their car (as anyone in the north should!) and so had sleeping bags, socks, hand warmers, candles and more.. but many did not, they had no gear, they had little gas (always have as close to a full tank as you can get if you are heading out into a winter storm), no drinks and no food.  So those that ran out of gas, had no way to warm the vehicle.

They went up and down the highway bringing drinks and protein and fruit and nut bars, they brought gas to fill them enough to get the closest gas station. Schools, roads, bus and more are all shut down.

Here on the farm, we had lots of time to know that it was coming, so we prepped, we put out extra hay and bedding, we hauled extra water an we filled two days more water for in the house.. my one area is filled in with many 6 gallon buckets of water.. just in case.

We backed the truck into the very end of the lane, and when morning came, it was dug out and drove in 4 by 4, as hubby is acting manager this week and so he was very determined to get to work today.

Yesterday was a crazy busy day in the barn for me..  Storm babies where coming!  I had taken photo of Jayda for you, but when I was down for my morning check, I had a ewe in labour, it was her first lambing season, and so I wanted to be around for her, a lovely big strong mainly black and white ram lamb that is doing very well.  Then in the afternoon, Mocha one of my oldest girls who is coming ten this year, delivered a massive ram lamb, another brown and white pinto..  and then less then three hours later another girl went, so we delivered a smaller but strong and active white female ewe lamb, again from another first time mom.. she did outstanding.. I am so pleased both of the first time moms bonded really well..

But then we had a touch of confusion, Mocha wanted to steal the new little lamb.. so we have to split them up and move them into different jugs, so that mocha as the older bigger more bossy ewe could not steal the female lamb.

Man are we ever having a ram lamb year.. 13 ram’s born and one female so far.. well two if you count the goat kid.. and we are now more then 50% done lambing..

Last night and todays checks and chores show us full-bellied babies all snugged up with their siblings or their momma’s. Just what you want to see.

Its hump day.. for those that keep track of the week in that work day way.. for me, its the coming tail end of a storm, they say light snow today and tonight but then it will slow down and the temps are coming back up to more normal..

By the weekend, we might?? have a sugaring weather.. if they get it right, the sap will be running and I have tree’s to tap and sap to boil down..

This entry was posted in homestead and tagged Farm update. Bookmark the permalink.

5 Responses to One More Storm to go! This and That Post.