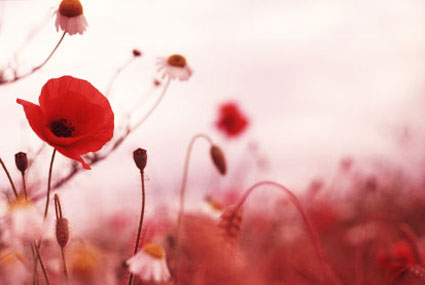 “Passing through?”, the homesteader asked, his rifle resting in his arms.

”Yes”, the traveller replied, his rifle dangling off his right shoulder on a strap. “I was told there was a veteran building a monument around these parts. I thought I’d go see it.”

“You’d be talking about Oscar”, the homesteader confirmed, his stance relaxing somewhat.

“I don’t know his name – just that he’s around here somewhere. I’d appreciate directions if you can provide them”, the traveller replied.

“I can do that”, the homesteader replied, kicking an uprooted sapling towards a brush pile.

“Yeah”, the homesteader confirmed. “Oscar’s about three miles that way. You can’t miss his dogs.”

“Everybody’s got dogs”, the traveller observed.

“Everybody’s dogs aren’t the same as Oscar’s dogs”, the homesteader replied. “Just keep in mind that Oscar’s still in the jungle.”

The traveller nodded. He’d heard the expression a fair bit in the past two weeks. Vets scarred or broken by the experience of fighting skilled fanatics amidst the humid heat of the towering, predatory rain forest were still in the jungle, even if the trees around them had been felled by settlers carving out fields for crops or grazing. “I appreciate the advice. Have yourself a good day.”

The homesteader nodded back. “Safe travels.”

The traveller continued on his way, rifle dangling, revolver in unclipped holster, knife in unclipped sheath. The Anahuac had been vanquished, but not wholly exterminated, after their defeat three years earlier. Every few months, it seemed, a pack of them erupted out of the greenery to slaughter whomever they could find before the local militia tracked them down. Any traveller with a hint of common sense went armed, if only to assure himself the quick, painless death that the Anahuac would deny him.

The trail was two yards wide, nothing more than flattened grasses and saplings broken by the wheels of carts and the hooves of horses and oxen. The traveller assumed, correctly, that it was one of the old trails broken by the army in order to move supplies up to the frontlines. Nowadays, settlers and homesteaders used it as a highway of sorts. He’d already passed several fortified villages along the way, and knew of two or three more further on, and had indeed passed a few wary locals along the way.

Perhaps two hours passed before Oscar’s dogs revealed themselves. The traveller had assumed from the homesteader’s remarks that Oscar’s dogs were larger and more formidable than most. They were, in fact, six or seven tiny moppets that raised an irritating, high-pitched racket as soon as they heard his footfalls. “Okay, yes, I see him”, a man’s voice called out from a stand of brush. The yipping continued. “Yes, I see him. Thank you. That’s good.” The mongrels, perhaps half the size of a house cat, continued their assault on the ears. “God in Heaven, enough!”

In the ensuing silence, their owner appeared, wiping his forehead with a filthy rag. “Hello. Can I help you?”

“I hope so. I’m looking for Oscar”, the traveller replied.

“That’s me”, Oscar confirmed. “What can I do for you?” He was, like so many in these parts, polite and respectful, but wary – logical behaviour given that virtually everybody carried at least one gun on them at all times.

“I heard you’re building a monument. I was hoping I could visit it.”

“Well, it’s not really a monument”, Oscar replied, as the tiny dogs pranced around his feet.

“But you’re welcome to have a look. Don’t mind these little buggers. They’ll jump all over your knees, but they’re all bark and no bite.”

“I believe it”, the traveller stated with a slight smile.

“Come on, it’s back there”, Oscar said, beckoning past a log shack and adjacent shed. “You must be a vet. Civvies don’t come out here to see me.”

“I was based in Manaus during the war”, the traveller replied, falling into stride beside his host. “Didn’t get out of it often.”

“I’ll try not to hold that against you”, Oscar replied humorlessly. “I marched through it once and never saw it again.”

“How about San Sylvestre?”, the traveller asked.

“El Dorado, you mean. It’ll always be El Dorado. No way am I going back there again.”
“Fair enough”, the traveller replied. “Can’t say I really want to either.”

A cross came into sight: two rusty wagon axles, chained at right angles. “Didn’t have any trees around after we burned the bush”, Oscar commented. “We had to improvise.”

Noting a small glass jar filled with metal tags at the base of the cross, the traveller asked,

“How many are here?”

”Seventy-three of my mates. Out of a hundred and six that started out.” The traveller swore quietly. Oscar grunted in response. “Yeah, it was a rough week. Word came down from Brigade that the savages had established a strong point on a small rock ridge out here – which is funny, if you think about it, there’s not a lot of rock around here. Just red clay.

Anyway, the Eye was using it to run raids on our supply train, and it was really cocking things up. So the old man told our captain to clear the place out.

“We tried to burn them out. Set fires when the wind was right. It worked, at first – they bugged out when things got too hot around the ridge. Soon as we had a route that weren’t burning, we went over and took the ridge. About two hours later, they started dropping arty on us. Guess they’d zeroed in the ridge as a precaution. There was no cover, and we couldn’t dig in at all, so we pulled out.”

The traveller noted that, by the standards of the Amazon, the trees were relatively small around here, not more than three or four years old.

“We went back the next day, but the bastards were back on the ridge already, with a machine gun. Waited until we were out in a skirmish line in the burn before they opened up. Those of us weren’t cut down by the rounds just dropped where we were – which didn’t help so much considering we’d burnt most of the cover the previous day. I spent the whole damn day curled up behind a stump, making sure my head and my ass weren’t sticking out.”

Oscar pointed out a streak of white hair along his left temple. “Didn’t quite manage that. Still, I scampered back to our start line come nightfall, which was damned lucky, as they went out and caught two of our boys that had stayed put too long. Had ’em screaming all night and into the next morning.”

The traveller winced knowingly. It had been established very early in the war that it was better to die fighting than to be captured, considering what would come afterward. The traveller had issued the order himself more than once.

“We worked through the brush to the north two days later; they had an ambush waiting for us. We fought through it, but it cost us the day and the captain.”

Oscar’s little pack of toy dogs scampered past them, heading down the trail at what was, for them, break-neck speed. “Not your typical Amazon dogs”, the traveller ventured.

“I found the bitch and the stud while we were going house-to-house in El Dorado. I reckon a French ex-pat must’ve brought them in. Can’t imagine how they managed not to get eaten”, Oscar replied. “They’ve had two litters since; four pups have made it

.
“So, I was saying, we regrouped that day while senior platoon commander took over the the company, trading fire here and there with any Anahuac that would show themselves.

We’d lost a lot of guys, and the CO was concerned about the company routing. He collapsed us down to two platoons, since there was just one other lieutenant left, and we pushed on. It was like basic training all over again – advance a few feet, take cover, provide cover for your mate while he did the same.

“The Anahuac figured out that we were split in two, and raided the other platoon that night. We joined in on the melee soon as we could. Total pandemonium. Spearpoint to bayonet in total darkness – stabbing at smells, sounds, movements of air. I jabbed somebody, somebody else nicked me. Eventually, our CO just shouted for us all to stay still, shut the hell up, and kill anything that moved.”

They’d arrived at the ridge, Oscar and the traveller. About eighty feet long, twelve or so feet high, it was a pitted grey, covered in fungus.

“Come dawn, we found that there were still thirty or so us left. We were over there, to the north, about one hundred feet away. We didn’t see anybody over here, and there were enough of them lying around to believe we’d gotten them all, but I think we were all too damned scared to confirm it. Wasn’t until mid-afternoon that Corporal Rodriguez got impatient and made his way over. He found one wounded Anahuac, shot him dead, poked around a while, and called the rest of us over.”

“So you took the ridge”, the traveller said.

“Yeah. And a few days later, the Anahuac pulled back to another line of defence anyway. We went back to the rear and got merged with another company that had been cut up. Kept fighting.”

“I took up the cantonment offer soon as I heard of it”, Oscar said. The army had come up with the initiative to encourage settlement – self-defending settlement – of the central Amazon post-war; several thousand veterans had accepted it.

“Wandered a bit, and found myself back here. Cleaned around the grave, repaired the cross, and decided to built this.”

Before them, at the foot of the ridge, was a small pile of rocks, perhaps two feet high.

”I’ve got a little book in a tin can in the foot of the pile. Any time a vet stops by, I invite him to sign it. Would you like to?”, Oscar asked.

the traveller replied. Oscar dropped to his knees, popped the lid off a rusty biscuit tin, and pulled out a small notepad and pencil. He reached up to hand them to the traveller, who flipped the notepad open. Sixteen names were listed on the first page. The traveller grunted, put pencil to paper, and wrote:

He closed the notepad and handed it and the pencil back to Oscar, who secured them in the tin. “Thanks.”

“Thank you”, Geolog, the traveller, responded.

Oscar shrugged, got back to his feet. “I know it’s not much yet”, he explained, “But I’m adding to it everytime I find another rock on the property. I’ve got lots of time, and I’m not going anywhere. Join me for some eggs?”

Two hours later, Geolog spied the homesteader, leaning on a shovel while the brushpile smouldered and streamed white smoke into the thick jungle air. He waved; the homesteader nodded back. “Back so soon?”, he called out.

“Yes. You were right about the dogs.”

“Like I said, no missing them”, the homesteader remarked. “How was the monument?”

“Really? It was just a little pile of rocks when I was there.”

In his mind, Geolog could see Oscar tending to his friends’ grave and cross, could hear him telling a perfect stranger about the most horrifying week of his life.

After a moment, he replied, “My friend, if you just saw the rock pile, you didn’t see the monument.”

3 Responses to Never Forget ” The monument” by Dear Hubby