And the Heat has arrived..

On Sunday, I knew I had to get the Maude Sheared and boy was I right, the heat has come and I can’t even say a thing about it. After all it is July 18th and everything needs it. Things are behind locally by a month or in some case’s more.

The corn that should be knee high in a lot of cases is six to eight inches, the fields around me are hay and beans, the bean crop is poor, I would guess that at least 30 percent of the seed rotted and never came up and it’s at least a month behind in size.

The hay fields which I walk the edges for some of my foraging makes me want to cry.. waist high hay that is slowly but surely over aging but can’t be cut with a combo of to wet land to get the machines on and the never ending rain..

If! the weather folks are right, we might have a four day window of humid hot heat with no rain (well they say a 40 per cent chance of showers on afternoon day 3) for four days, which will be the longest possible dry spell we have had since we started our spring-summer season. 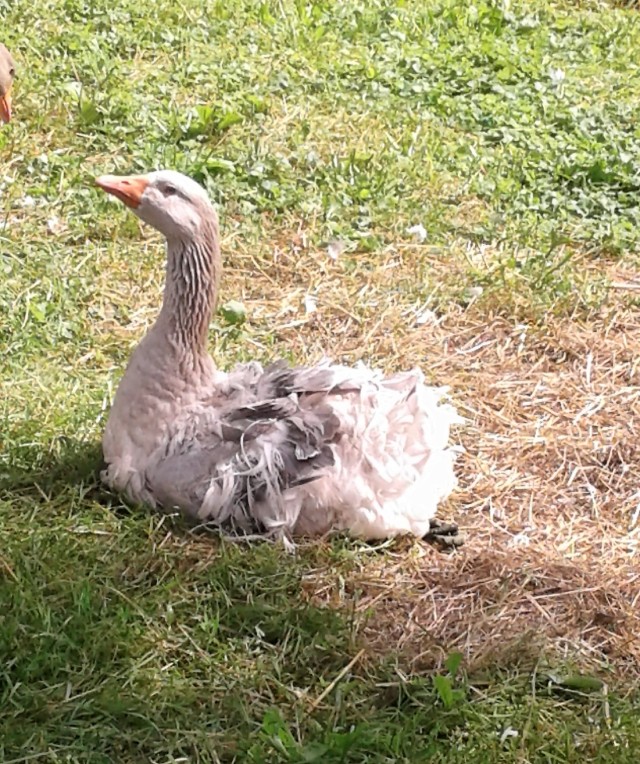 While my own personal pastures are holding for my grazing needs for both horse’s Sheep Flock, Goat herd and the geese flock for which I am grateful indeed.  I am working with a friend to get me a load of small squares as a back up for the sheep flock over the winter. I am still holding out hope that my regular local supplier will get hay off but at this point it will be course full first cut horse hay.

Which is good for the boys, and will be a great base for the flocks but I will need better quality for the sheep-goats when its baby time and milking time here on the farm.

On the other hand, the gardens are exploding in growth! The pumpkins and squash have put a massive put out over the past week, as have the beans and more, we are picking raspberries daily now and by this weekend, beans, pea’s will join that daily garden picking, the potato plants are huge and doing well. 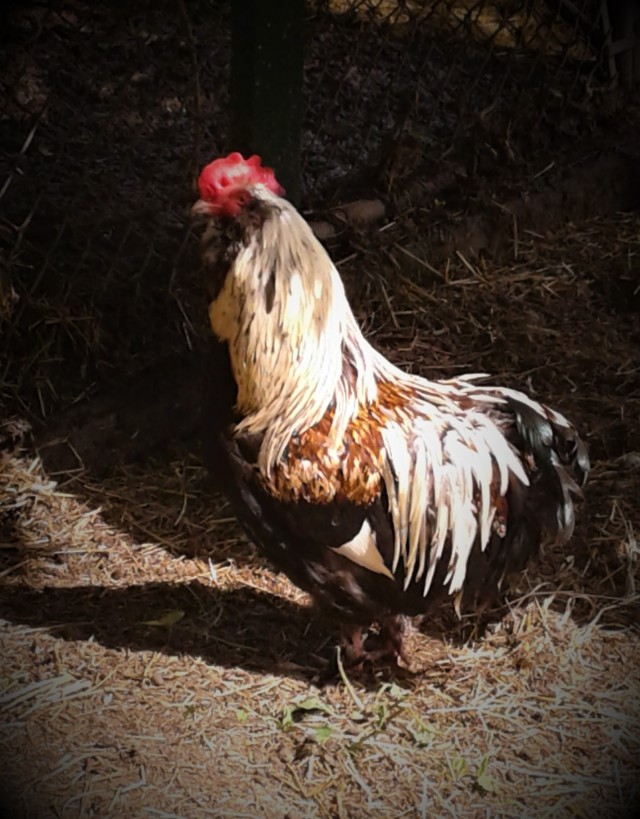 I have been having trouble with a very cheeky Fox and so my chickens are having things brought to them and are getting time in the compost piles only while I am out with them.

No matter how much we clean the pens, the never ending rain means that it’s mucky, so we have created hills that dry out for them to climb and dig on, we have added extra roosts outside so they can get up high.  I wish I had a picture, we had been digging out muck (again) and we had a wheel barrel full to be hauled away and in it and on it was a whole flock of chickens sitting on the edges and the raised bits that had dried out sunning themselves.

My company that pulled it was laughing so hard, here I was trying to haul it away, trying to dry out the pen, putting out yet another layer of straw that will soon compost down into muck again 🙂 and the birds having some free time.. did they sit in the bright green grass, did they use their roosts, nope they were all in wheel barrel with the muck.. it was funny!

I have moved the purebred flock back into their own area as I have decided to do one more fall hatch. The rabbit kits are growing like mad!  Well, I had better get back to it, I have honey whole wheat bread on the go today..

Cheers and have a great summer day.

This entry was posted in At the kitchen table and tagged This and that post!. Bookmark the permalink.

2 Responses to And the Heat has arrived..