Sometimes in my busy world, where I love to simmer things for hours that you can in fact have a hot meal on the table super fast, and not by opening a canned jar of soup or stew.

I had picked up a nice small package of mix seafood and I plan to make a lovely sea food mixed chowder and so half of it is just for that.. but the first half went into this lovely fast lunch soup. 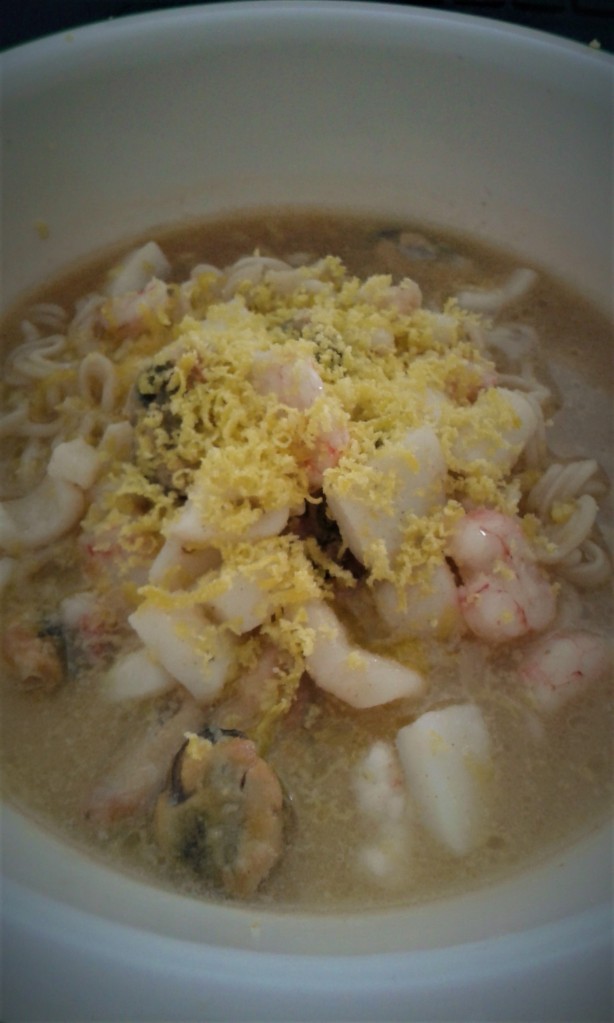 1 cup of mixed frozen seafood blend or you could use half a cup of shimp or whatever kind you wanted, you could also used canned instead of the frozen.

1 set of the instant noodles (now you could use the single package kind with a seafood flavour package) but I used the plain ones that they sell in sets of nine.

1 tsp of your favorite soup base, you could use canned white broth here but I used mushroom in mine.

So in a small pot I put the seafood with butter to cook at a fast high temp.. at the same time, in a different pot I put the noodles, just covered with water to cook..  honestly, it was a race to see who was finished first lol.. but the seafood won by a min at most.. I checked my water level on the noodles and poured about a quarter of it out,  I added the mushroom dried broth flavour to the rest and melted it in..

I poured the flavoured noodles into the bowl, then the seafood and butter-juices over top.. if it had been the right time of the year, I would do fresh green onion tops or chives but instead I grated some Dried Salted Egg yolk over top it.