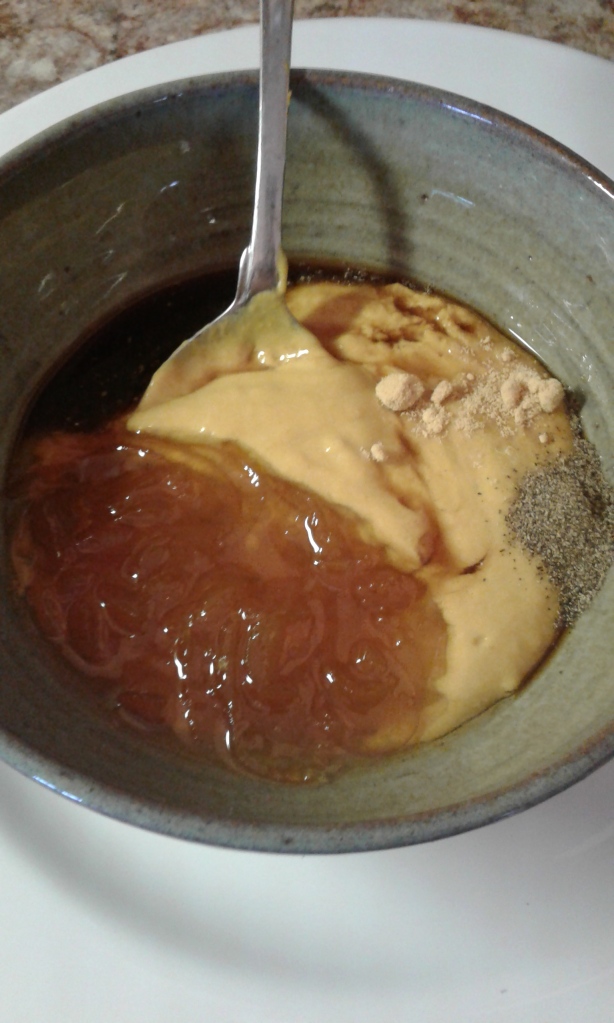 This was the sauce.. half a cup of mustard, 1/4th cup of marmalade,  1 soy sauce, half a tsp of keen hot dry mustard and half a tsp of black pepper.  So yummy..  it was put over a mix of older lamb cube stew meat with fresh onion, diced garlic.. all put into my good cast iron pot and into a slow over, this was to be served with a salad and mashed on side..

It will be made again, as the flavours melded very well.. BUT.. 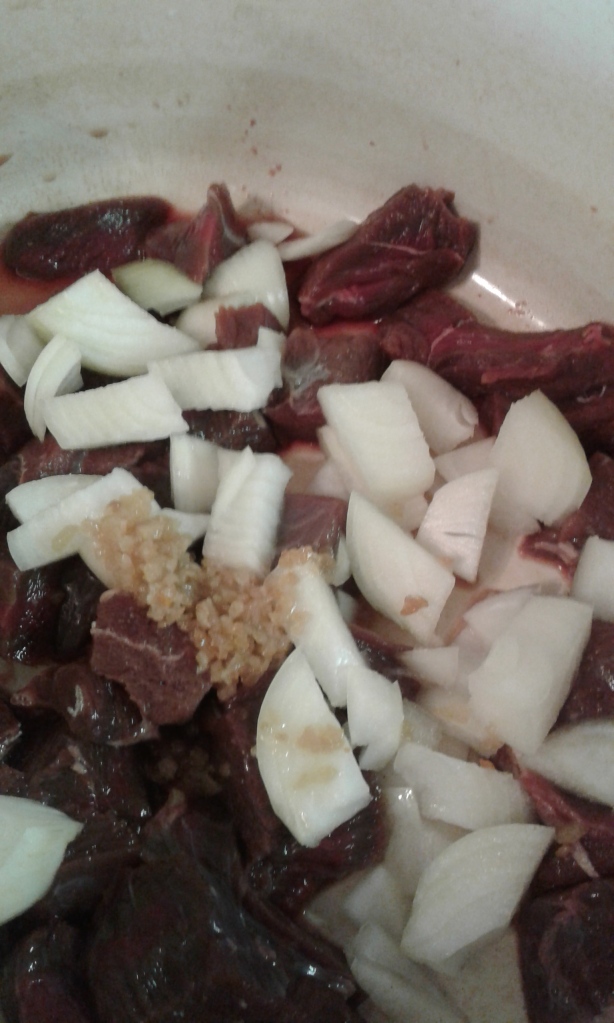 I left the house and asked hubby to check on it, I was late home, he was late coming in the house as he was outside working for an extra hour or more and it was burned. I mean burned to a black mess, that I had to scrape out, soak out and then do the baking soda boil twice to get it mostly clean.. my poor pot!

Now, thankfully I was able to throw together a quick supper thanks to my pantry and cellar, I just took a number of pre-cooked this and that, and made a broth with some fresh bits, cooked it and chopped some fresh greens in and voila.. supper..

that should have been the end of it but its been niggling at me.. worrying like a little worm in my head.. and I was not sure why.. took me awhile to figure it out..  its true that its very rare that anything is burnt in my house, I don’t go out that often, I could have put more liquid in the dish and it would not have happened.

But that is not what it was about.. it bothered me a pound of good quality lamb was wasted, that pound of meat if bought at the store is ten dollars a pound (if you bought it as  whole lamb) buy it by the pound like that and it’s closer to 15 dollars locally.

Throw in how it was raised an its pretty much organic, local and grass-fed..  its my frugal side kicking in.. we eat well.. I mean we eat really well..  I will find a day to finish that month post on totals but if you had to buy the food that we raise on the farm, you would need to spend between 1400 to 1800 per month to do so..  or around 800 to 900 per person.

We don’t spend anywhere near that in raising, growing or harvesting our own food, in fact it costs us a fraction of that in direct funds.

Now don’t get me wrong, I can and do make very frugal meals in terms of costs, I can bring daily meal costs down to under a dollar but the farm and the land allows me to so much freedom and flexablity in this regards.

So I know that this seems so little in some way.. but I hope I am not the only one that feels this way..  Have you ever ruined a good meal or something that you have worked on, that has taken time to do and then not have it turn out?

I am mulling this one, still chewing on it in my head at times, I think it just that I hate waste.. that’s the bottom line for me.. it could not even more moved over to feed the critters.  I wish I had taken a picture, but it never occurred to me that I should or that I would be writing about it LOL

This entry was posted in frugal and tagged cost savings, food waste, Frugal. Bookmark the permalink.

4 Responses to Overdone.. Waste Not