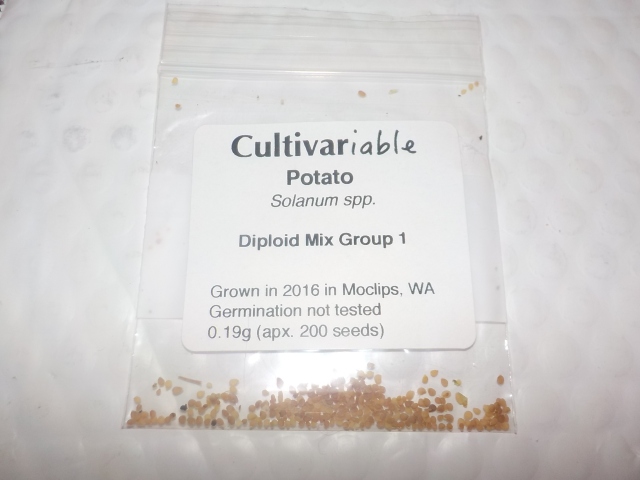 I had gone to bed very early last night, leaving a hot supper in the oven for my hubby and he said, there is a very thin padded package for you in the mail..  I said.. well, it’s either this or that.. but most likely seeds..

I was right.. my mixed True Potato Seed has arrived. I am quite excited about these because I have had great luck with some of my colored heritage potato’s producing seed balls but the truth is, I noted them but I didn’t collect them (I was always raised that you needed seed potato’s) so imagine my surprise when I started reading about people “breeding potato’s” and then I joined a group, then I ordered a breeding potato book..

What a new world that opened up in front of me on this area.. wow.. just wow..  so I ordered in my seed potato’s in 2015 and 2016 and I watched like a hawk.. and then I laughed and shook my head.. not a single seed ball to be seen among the hundreds of plants, I knew that I was pushing it because I growing kinds that were not as likely to be seed producers and that if they did,  it would be few, but I also know that few is fine as each seed ball will give you many seeds.

I have not given up on working towards getting my favorite kinds of potato’s to produce a seed ball or two but I have decided that I am not willing to do another grow out year in the hopes that I might get some to learn with..

So this year, I ordered in a nice colored mix of seeds (there are white, red, pink, purple and yellow in this mix, all wild breed, not hand breed) and I plan on starting approx. 50 seeds and seeing what that gets me in terms of plants, and then this fall, what those plants get me in terms of hold over wee spuds to go in the root cellar and into the ground in 2018 for the real test of what turned out and should be held and what will end up in the compost pile.

I will be planting the TPS plants as far away from the main potato planting area as possible, so that there should be limited to no crossover if the other plant decide to give me seed balls this year..

It’s a interesting project and will allow me to learn much more about the potato plant and working towards breeding a landrace potato for my zone and farm.. 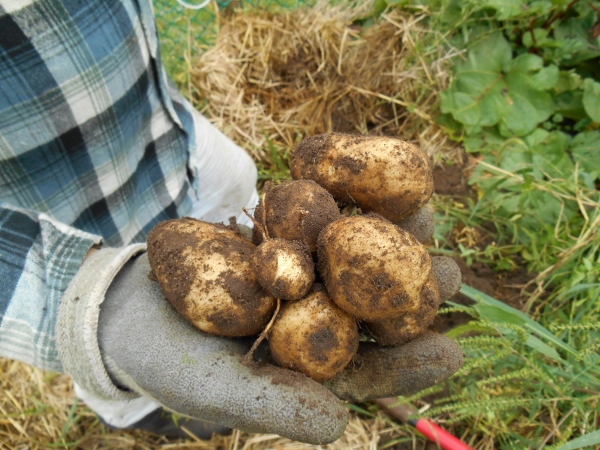 Have you ever grown True Seed Potato’s?  What kind of potato’s do you have that produce the most seed balls?