Ok, I did need two pots and one fry pan to pull this dish together the way I wanted it and I am unsure how to get it to less and get the same dish…

This meal was made out of the my most favorite part of the rabbit the back saddles, they are without a doubt the “tenderloin” of the rabbit to me, love! love this cut.. I had boned the meat out and then aged it for a full three days in the coldest part of the fridge. I then cut them into little cubes, remember to take off the white skin on these so they stay amazing tender morsels.

In one pot a cooked up a number of med diced potato’s and in another I just heated back a pot filled with a bag of frozen green beans..

In a bowl, I mixed one cup of thick greek yogurt (could use sour cream in a pinch but you want the yogurt tang if you can get it) with two heaping spoons of seedy mustart, one was dandilion and the other was a mixed seed honey mustart, a pinch of salt was added and mixed in.

I sliced a large onion, and put in some good quality olive oil in the cast iron and heated it till med hot, then added in the rabbit cubes and the onion and let the first side get browned before flipping, I drained both veggies, for three servings (there was enough meat to increase the veggies to make it a four person serving if wanted), I used the saddlebacks for two rabbits, two large potato’s diced, 2 cups of green beans, and one large onion.

Once the meat is cooked though a matter of a few minutes, I added the hot pototat and green beans, gentley folding them into together to heat though, at this point and put my cup of mustard sauce over top and mixed in.. allowed to just get back to simmer point and removed to serve..  you could serve this with a side salad or a fresh bun. 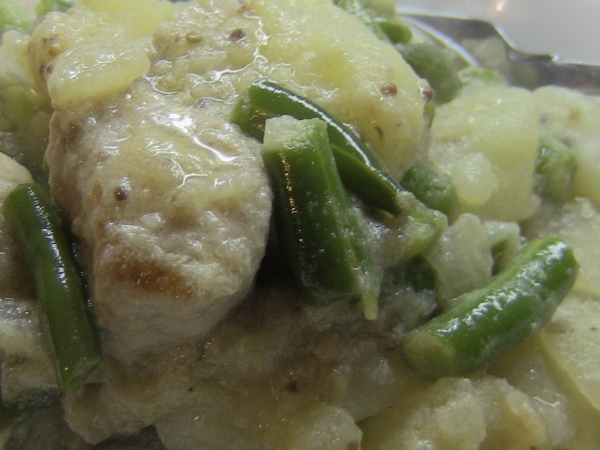 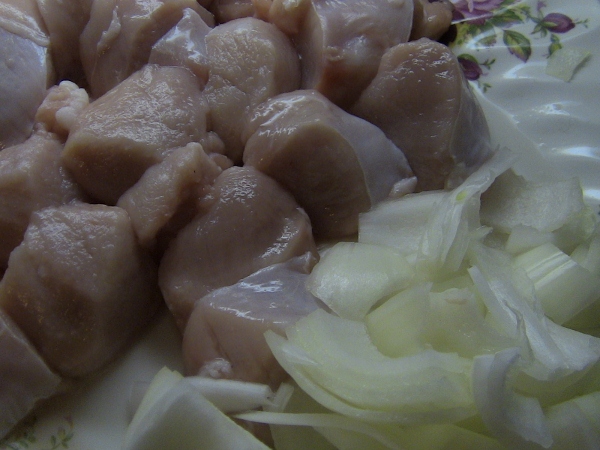 1 Response to Rabbit Stew in a creamy mustard sauce.