Friday Rambles around the Table- Salves 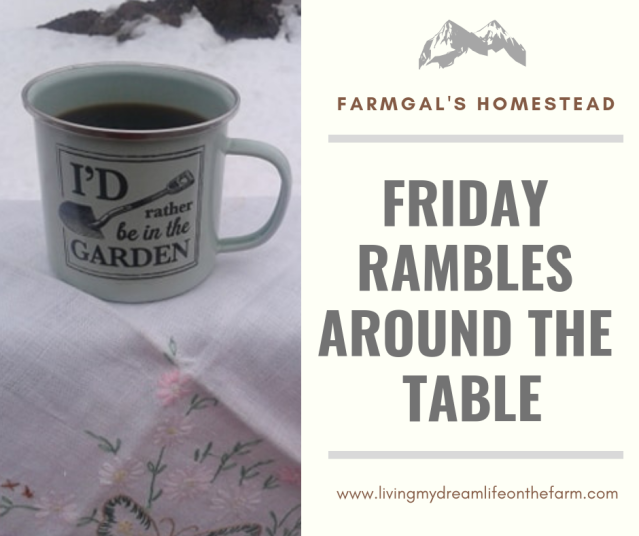 Good Morning,  Come in, Come in.. it rain most of the night so stay to the paths when possible.  Its still drizzling, I know.. we can see melting around tree’s, fence posts and around rocks..  Coffee’s on..

It is so nice that we can just stand a moment on the deck and look out but lets not get to wet before we head in.. so much to do out there..  Here let me hang up your coat, they say that it will turn to snow later this afternoon and snow all night and that the storm might even go into Sunday

March is going out like a lion! I have a course on Saturday but its nice and close by so I should be able to make it. However if they are right, there goes my plans on the weekend to get to the pruning. 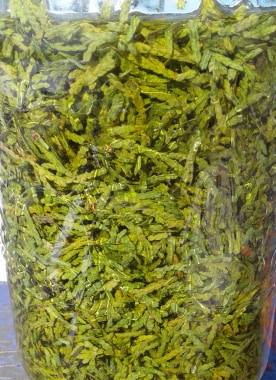 Yes the house does smell nice, its the cedar being dried. I am working on putting up a years worth of Dried Cedar.  Half of it is going into oil in the cold process for the next four weeks and the other half is being prepared.  Some of it will be done into a soaking tea for your feet and the rest will be put up for if I need to make more salve in the future. 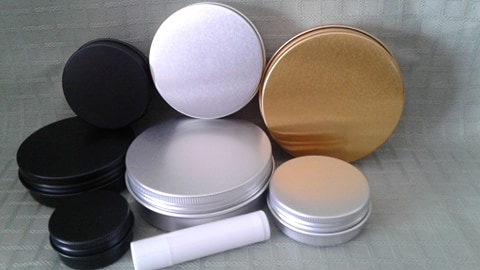 The Prepared Cedar oil will be used to make one of my coming tree based salves in my spring salve collection.  I am both excited and a bit nervous to tell the truth but I will be for the first time offering my different salves for sale this year.

I have a number of different sizes..  I will have all six of the spring collection in the smaller silver tin and in the travel size. Farmgal’s Green Salve will be in the Big Gold Tin (it will also be available in the travel size)

The other sizes are to give people as much choice as possible. I am looking forward to this spring so much in regards to foraging, collecting, processing and creating my salves.

I will also be offering salve making classes for those that would like to learn how to do it themselves if you are local.

In a way its been a good thing that the weather didn’t work for the garden/butcher this month because it allowed me a lot of extra time to work on the Spring Salve and Soap line.

Of course I say that now LOL however the coming month means that if the weather works for me, that I will be harder pushed but that’s ok..  it will all come together.. One step at a time. It all adds up. 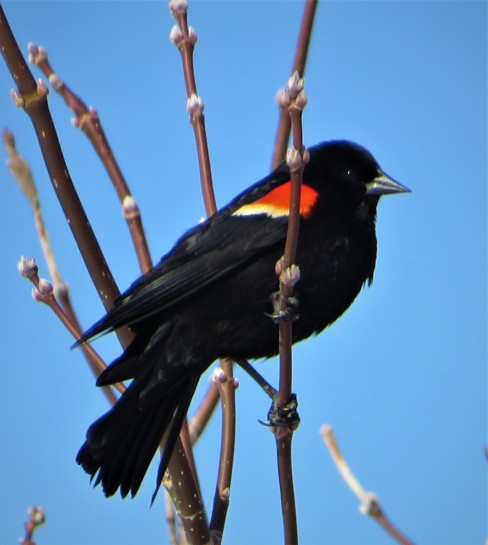 The red wing black birds have arrived on the farm.. Its a sure sign of spring.. I love hearing their sweet voices.  I had a flock of six come though but only two males have claimed the farm, which sounds about right!

I have been seeing great strides in regards to my physio and I can see where I am so much stronger, I also realized that if I “baby” one thing that I can get so much more done when I have not pushed that area so much.

Squatting is a killer for me, I can only do it for so many times, its not the going down or being down that is that much of a issue, its getting back up that is the issue lol.  I decided to take the bull by the horns and got myself a kneeling pad with lift arms, it gives you a padded area to kneel on and then helps give you that ability to use upper body, instead of just legs and core.

I will keep doing my work but I needed to find a meet in the middle so that I can go longer each day without wearing out.. I think it will greatly help when I need to go up and down dozens of times in a row working on things.

I am so excited to see spring really start, so many folks are already planting gardens down south in the states and you all are giving me a mild case of garden fever.. but everything in its own time.

While there has been flooding in the area, so far my own farm is melting out in a very controlled way, I could not be happier with how its going. The Pond is acting as a great collection point in the front yard, I am interested in if and when? it will overflow into the rain garden collection point behind it.

Only time will give me the answer.  The different channels we cut into the snow are working just as planned, they are nicely directing the melt water as it moves.  This is a very good thing indeed.. (thanks Phil for the idea)

On other news Hubby finished his first draft of his first novel (he is published as both a short story  multiple times and as a novella) but this is his first full length. Proud of him and also really glad that the big writing push is done and that he is on to the edit stage.

He was really “in” it and I was hoping it could get done before I needed to pull him away and focus on the farm now that spring has sprung!

Right now I am still figuring things out but I promise to add a good amount of extra photos on it in the coming and goings of the day. While I expect that there will a good amount of farm stuff on it, I hope to use it just as much for short off farm trips.

Well, I had better get off the computer and on with the doing.. Everyone have a good day, hard to believe that somehow its the last Friday of March! Where did the month go!

10 Responses to Friday Rambles around the Table- Salves