Sitting nested in among the Christmas Cactus and the Pontetta’s was this new little plant to me.. The frosted Fern! 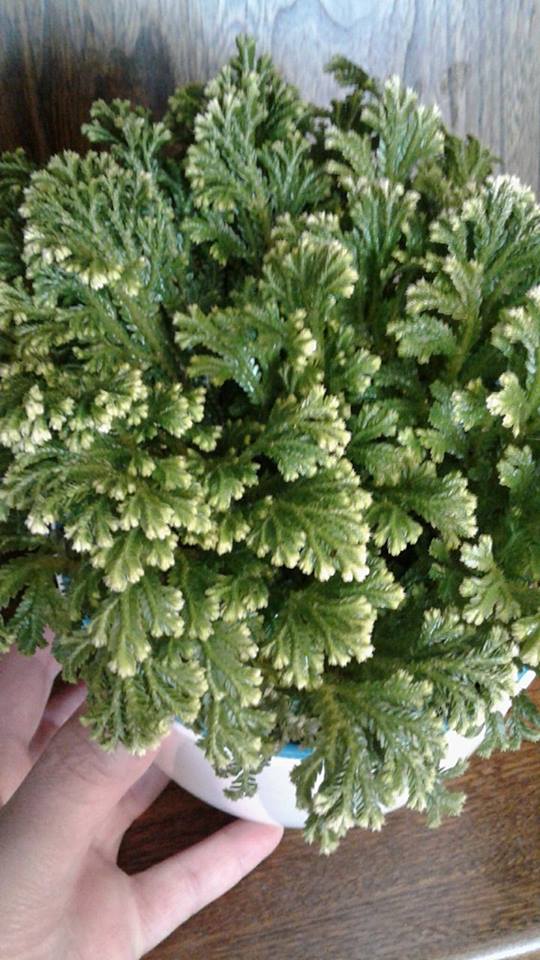 This wa a new to me plant.. its cute for sure. I can see the appeal, its got spruce like green bough’s and these cut white tips that look like they are carrying a dipping of snow on the ends.  Like many plants at stores, it was being looked after but not well.. it was overgrow in its little pot, deeply in need of a drink to its bone dry soil. It was also on sale.

I wanted to scoop all four of the little guys up and bring them home with me.. but like most things moderation is much better and given that I had no knowledge of this plant or what kind of care it would need.. I stood there wavering.. shoud I or not?

After picking it up and putting it down again.. I sighed and went.. the love of plants got me again and one of them came home with me.. I had it all wrapped up in plant cover to help it going from store to house and then I transplanted it into a much bigger pot, watered it well and started looking for information.

The best that I found was from Laidback Gardener.. a truly outstanding blog!  I have put a little of his advice here and then linked to his site for the rest of it.

Among the plants sold during the Holiday season, the so-called “frosted fern” is certainly the most mysterious, because not only is there is so little information about it, but most merchants don’t even seem to know what to call it!
You see, this plant is not a fern at all, but what is known as a spikemoss (Selaginella), a primitive plant not really that closely related to true mosses (bryophytes) either, but rather to clubmosses (Lycopodium and others). So you could call it a “fern ally”, but still, it’s neither a fern nor a moss.