The Flock and Scrub Spruce

We took down three Scrub Spruce that had grown up in the wrong place and needed to be removed. 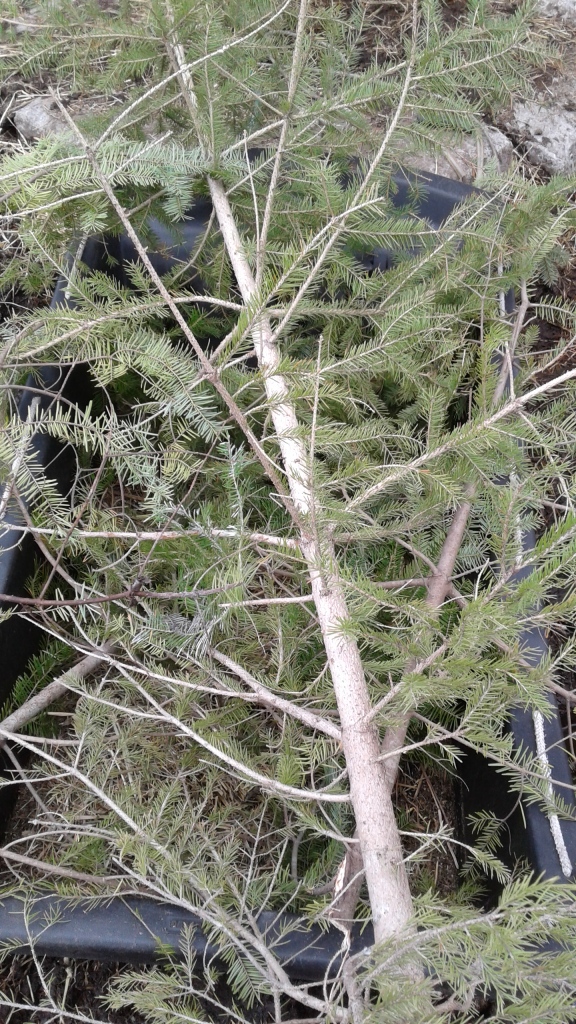 They were cut down and hauled down to the big barn to be thrown in the pens for the goats and sheep to nibble on. Spruce needles are exceptionally high in Vitamin C
They contain carotenoids an are rich in minerals such as potassium and magnesium.

I have heard that its possible that this can also do a light deworming, I have heard positive things in this regards including a girlfriend that does her own fecals and has checked before and after use.  I have not done so, but I do believe that it is a very good for their overall health and that can only be a good thing 🙂 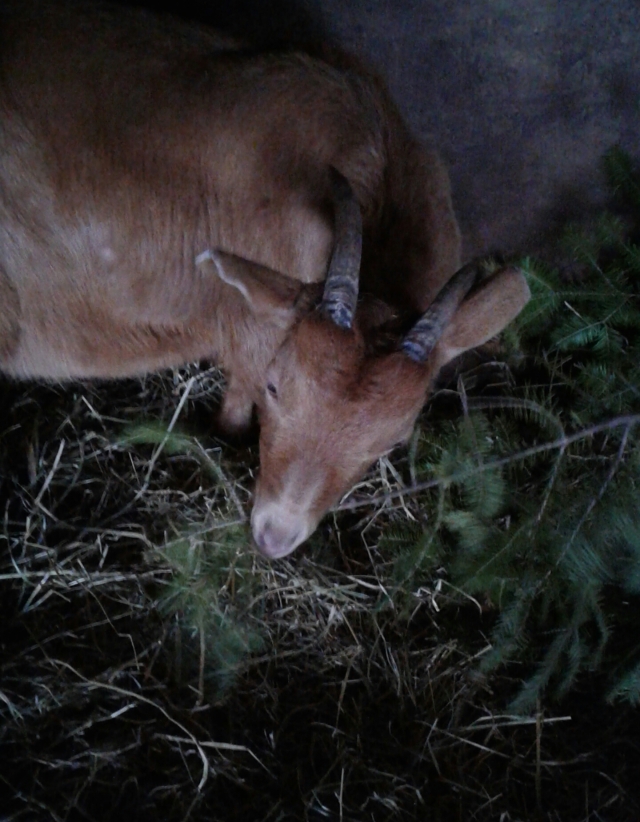 If I had true growth in the pastures my sheep and goats would not be very interested but that is not the case, they are getting fresh air and a bit of time out while I am doing chores but otherwise they are in dry lot due to both the rains (wet pasture) and the fact that the pastures are just starting to grow up now. Add in that I have done some re-seeding and I need to keep them off the land itself. 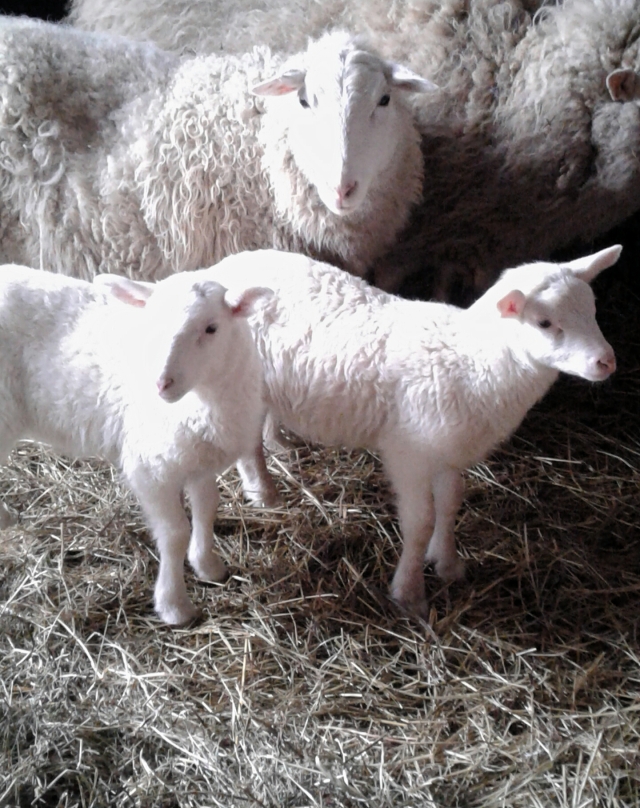 I am pleased with the growth rate on all the babies but I will admit that I know they would be doing even better if I had them on pasture. Its going to be a tricky thing this year, I had so many losses last year that so far this year I will not allow the flocks out without being with them. I am not sure how that is going to work for the whole season. Hubby says we are going to make a smaller paddock that is very safe to give them a bigger outside loafing area and then use hot lines as we rotate them around the pasture, he is hoping that just as the hot lines will keep the sheep and goats in, they will keep the coy-wolves out. We will see.  I do not want to lose a single lamb or kid this year.

We didn’t forget Red the pig, when we were digging out wild parsnip, coming second year burdock roots and such.. it all went into big old 6 gallon buckets and three were hauled down and given to him to enjoy.

I have a lot of clean up this year in regards to brush clearing, and I intend to harvest them at the best time possible to use them as fresh tree hay for the flock.

15 Responses to The Flock and Scrub Spruce