Slow Start to the weekend. 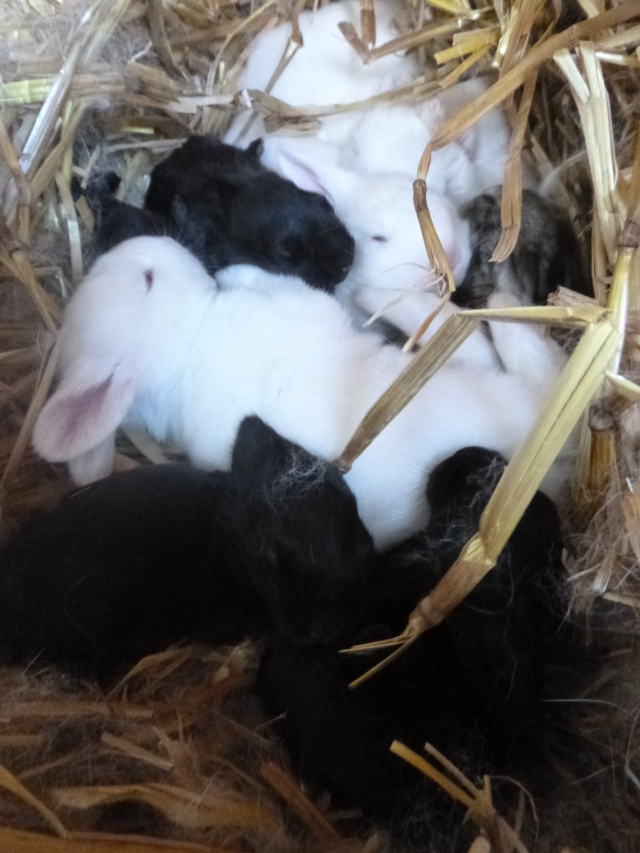 Well, the storm is certainly coming  but its been slower to start then they said for our neck of the woods at least. We are close to a full day behind what they said it would start, I am ok with that, it has given us time to do more prep work and it also gave me rest time We have stuffed all the outdoor rabbit hutches as full as possible to keep the rabbit kits protected from this bitter wind and cold.

I needed to move my big boy Jack, the buck goat, normally this just means leading him with a bucket of grain or at the worst grabbing his set of horns and helping lead him to were we want him to go.. but yesterday he had gotten himself in a bit of a pickle and the easiest way to get him out of it and back to his stall was to help lift him over a gate.

Normally I would have had the head-front and hubby would have had the rear but as my darling man is off the lifting area, I had him shake the bucket with grain so that Jack would stand up on the gate to get to it and then I lifted him up and over it.

Dang that is one heavy big buck and once he got his front legs down to the ground, and had the ability to really do so.. he kicked out with both back legs and his feet nailed me, one just under my jaw and into the jaw (felt like I took a nice upper cut punch) and the second hit me in the lower throat area..  They went red and swollen pretty much right away and it gave me a heck of a headache for most of Saturday.

I got the rest of the chores done and then I took some pain meds, something to help bring down the swelling and I went to bed.. hubby looked after the house, the dogs and made a lovely hot supper. I was grateful for the rest.

I woke up expecting something and we just had a tiny bit of snow, so the morning went well but by lunch the winds and some freezing rain was coming in.. we did the last round of chores hours early as the radar shows solid color coming in.  I will be working in the house for the rest of Sunday

Farm Gal Tip of the day.. When your canned fruit is starting to get lower in numbers, extend it by making lots of Jello fruit salads or desserts. A little fruit in a bowl of jello goes much further then eating fruit alone 🙂

3 Responses to Slow Start to the weekend.