Posted on September 21, 2019 by Just another day on the farm 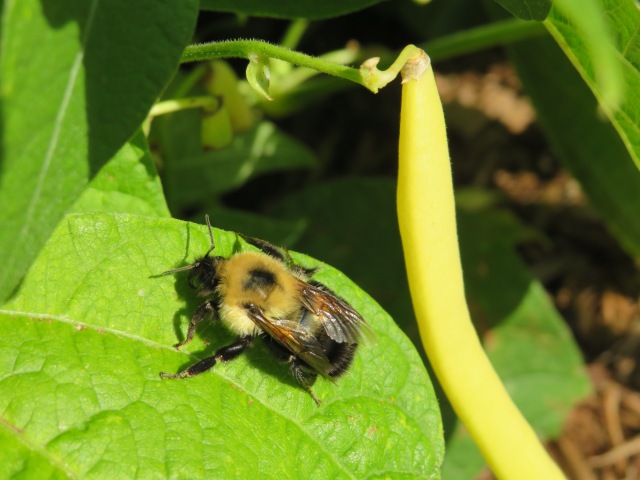 I love this photo so much because it just sums it up so well..  While we started out with sad start this spring with some of the mason bee’s coming way to soon.. They hatched out on a snap warm up and the odds are very strong they died in the coming cold and snow that appeared shortly afterwards.

Thankfully I had held my early spring bee’s in the fridge till the timing was right and then hatched them out.. At that time I could already see some native spring bee’s where busy in the tree’s and early blooms.

These little tiny tike’s seen here on a very early spring forced cherry bloom. I pushed all my bigger branches that I trimmed so I could get a extra flower push due to our very cool long spring.

Still.. once spring really arrived.. so did the bee’s.. the local farmer around my land grew soy this year..bad for the coming hoards of Asian beetles but good for my bees and its not a very heavy spray crop.. so I barely had a dip in my pop after he sprayed his land this year.

The bumbles did amazing this year.. as did the leaf cutters.. so many little cuttings in leaves all over the place.. love it!

The Garden thrived despite the slow start, the 5 week drought and then the fast cool and still dry early onset of fall..  the bees are everywhere at the moment..  I swear that while we worked out in the gardens and yards today that there are hundreds of native bees, bumbles and so forth in a fall feeding.

I feel that a number of things we have been doing really have helped to raise the populations of native bees here on the farm.

How was your bee breeding season this year? Did you see more bees? More Bumbles? More Mason? More Leafcutter? More the tiny bees?