Lets get ready to Rumble!

Posted on September 2, 2019 by Just another day on the farm 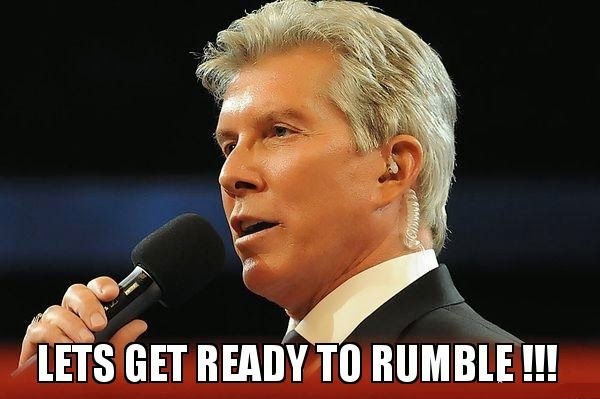 It’s the main event, ladies and gentlemen! In one corner of the yard, weighing in at about a hundred pounds, we’ve got Sheepy. In the other corner, weighing in at-

Good Ol’ JR: …more than a hundred pounds, Jason the shepherd. We’re gonna have a real slobberknocker here, folks – Sheepy’s snuck under the fence, come up in four foot high reeds, and is wrapped up in barbed wire. Jason’s gonna have to cut him out and get him back in the pasture to score the win.

Here’s Jason now, moving in along the fence line with the wire cutters in one hand. Sheepy having none of that, he’s got some room to lunge and dodge and he evades Jason like Jason’s standing still. Jason goes in for the one-handed grapple but has to watch the wire. Sheepy going back and forth now.

Jason goes in again now, but Sheepy ducks around him. Oh, he trailed wire around Jason’s boot and pulls him down like an AT-AT on Hoth. Sheepy stands triumphant but wait, Jason’s on top of the wire and Sheepy doesn’t have slack to move away.

Here’s Jason with the ground game now! One leg behind Sheepy’s forelegs, one over his back! He pulls down Sheepy and locks in the figure-four! Here come the wire-cutters. One! Two! Three! Cuts and Jason pulls the wire away! Now he’s up with Sheepy and levers him over a low spot of the fence for the win!

Sheepy: I was robbed! Moooooooom!

Ps, Lamb was fine.. the wire was caught up in its very thick wool!.. in fact hubby got the poke of a barb more.. but in the end.. both came out just fine!

While hubby wrote this out in a very funny way.. the truth is.. its never funny when you find a animal caught in a fence.. and you need to act both fast and safely.  Thankfully this all ended well but it can go wrong..

Farmgal Tip.. Know where your wire cutters are at all time.. and if you have things “walk” often.. put a pair in a hidden spot that you know will be backup to grab them and go!

This entry was posted in 30 day challanges. Bookmark the permalink.

4 Responses to Lets get ready to Rumble!