How is Thursday.. this week is just flying by.  This week.. we are focused on the orange kitties 🙂

LeeLoo was playing in the basket with a sunlit back drop by the window..  I did mess around with the coloring of this photo but the rest is pure.. I just liked this version better

I had planned on getting closer to the bird feeding tree but as four cats and two hounds all came with me.. no bird photos.. but lots of kitty photos..  It had snowed the night with a good wind that helped create the drift in the front and it was a overcast day.. I did not change the coloring on this one.  She was looking up and chittering at the birds in the tree

As she moved out of the heavier grassed area in the photo above she moved into this area and she looked back and it was framed so nicely, I did play with this one.. softening some areas and adding a deeper color to other areas..

Hubby called me and said, there are dark birds way high up in the tree and I barely snapped a photo before they were gone.. this one is the best, I love the curling tips of my hop vine that grows up and around this big tree in my food forest..  The start of the misting was already there due to the time of day, I allowed it to stay as it worked with it..  I did clean it up but decided in the end that I liked the “frosting” that the shading gave more. 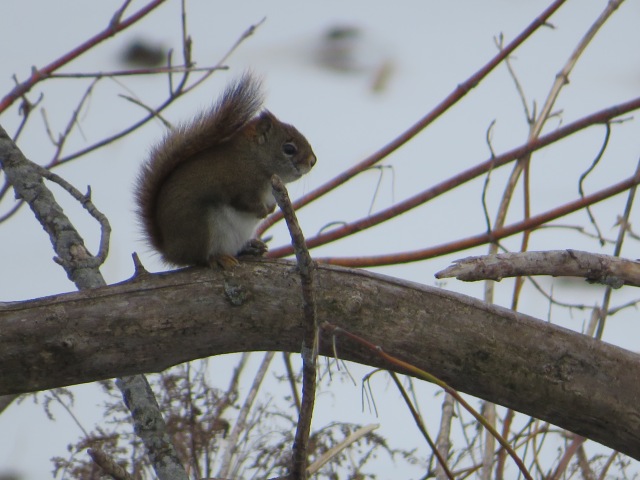 I know that this is not a great photo of this wee little red tree rat but I so rarely get these on the farm that even though it was hanging out in the bush pile and was almost impossible to get a clean photo without something in the way.. I had to grab it and share..  The farm cats will give it a run for its money..  Give the purr pride a couple days and either it will cross back over to the forest over the road or they will get it..

While that seems harsh to a point, as much as I like them, I am glad they are not having free run in my gardens..

I also am including a funny photo for you.. If I had not seen this HUGE big boy do this, I would never have thought it possible.. BAD Patrick! LOL 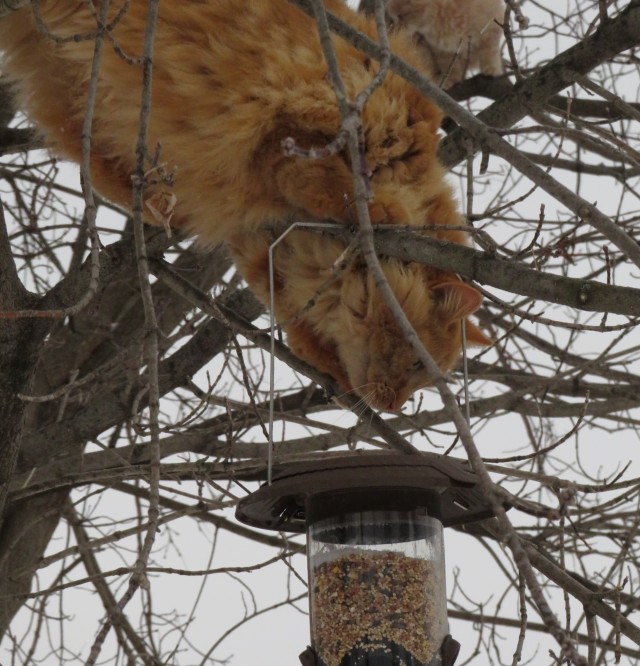 Got a favorite this week? I had fun with the camera and I do have my backup rule of thirds and movement photo.. but I am hoping to try again and will see what happens.

This entry was posted in photography and tagged farmgal photography. Bookmark the permalink.