Wood Ash Use in the Garden 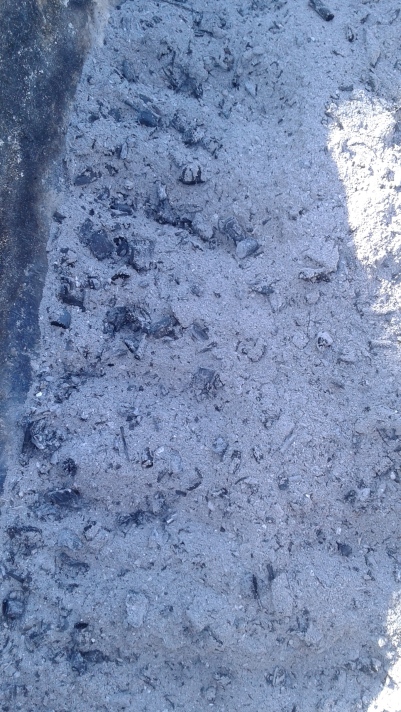 As my regular readers know we have had a bad ice storm and then a very strong wind storm, I have so many small, med and even huge limbs or tree’s down between the two storm.  I have been doing a fair amount of burning but its been a mix of all kinds of yard -garden stuff.  I cleaned out the burn pit (which is a hot water tank cut in half, waste not, want not 🙂 and I did burning for two days of hard and soft wood for very clean ash and small charcoal bits for garden use.

Wood ashes contain potassium, some phosphorus and magnesium. Nutritional value varies according to the species of wood, according to Dr. Gary F. Griffin, an agronomist with the University of Connecticut Extension Service (6/6/81).

For example, ashes from such hardwoods as maple, elm, oak and beech contain a third more calcium plus more potash than the ashes from softwoods.

Due to the lightweight of dry ashes and their total neutralizing power, it would take a considerable amount of ash to make the soil too alkaline for good crop production.  I have always been told 1/4th inch to 1/2 inch of ash in regards to thickness for spreading.. think of it as a light dusting.

The ash must have been kept dry before use otherwise the water or rain will have leached a lot from it. I wanted this ash to sweeten my tomato growing areas for this year.

The addition of ash did confer some benefits—those plants were larger and grew fruit with significantly higher magnesium and potassium content.

I did a light spreading of my ash and then worked it in well into the soil itself.. There will be close to a two week rest between applying, tilling in and turning the cover crop under before the tomato’s and peppers will be planted out.

Do you use wood ash in your garden?

I do on occasion toss it in my garden beds – but the main use on my farm is as an anti-slip on ice. When we get that freeze/melt/freeze thing going – the horses and the cows tend to be very nervous – they know they have poor footing in some areas. I just spread it on their regular paths and feeding areas. A friend had an issue last year – her cows wouldn’t come in from the field – in their heads they were trapped surrounded by ice – and it was all white. I told her to make them a ‘road’ using ashes. Not only were they happy not to slip on it, they could ‘see’ the road. Worked well.

Check out her blog 🙂 Amazing Writer..

10 Responses to Wood Ash Use in the Garden