ice car races or is that mud races :)

Long day from start to finish..  ice car racing was on my bucket list for this year!

Registered, early morning and with the awesome 43.. so kind of a great young man to allow me to race in the ladies with his car! 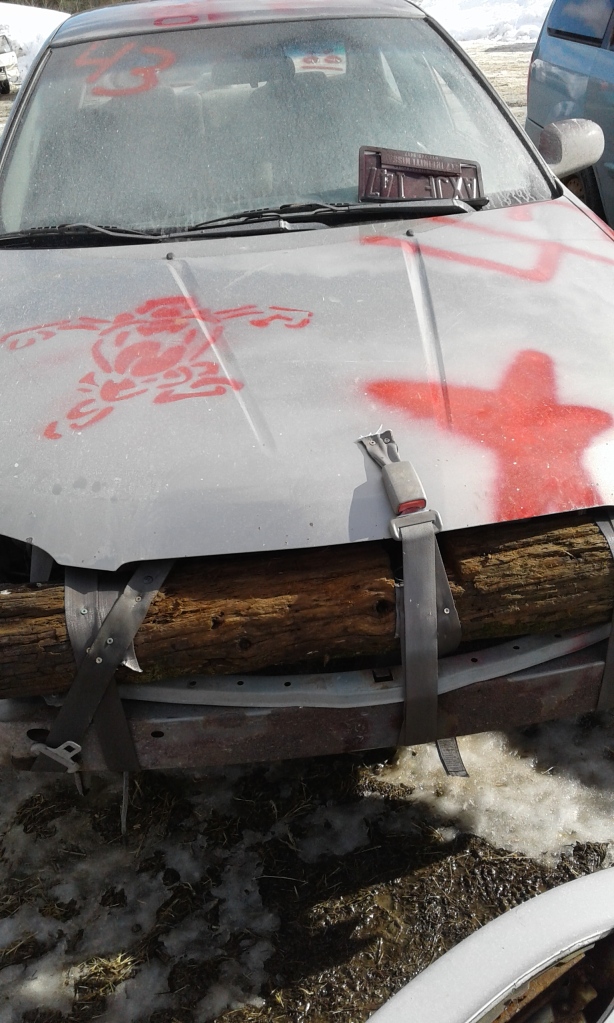 She was all done up pretty and she was a country girl with her log an all.. her middle seatbelt was to keep the roof from being able to pop up.

Each heat is a total of five laps around the track, its was warm and the ice was mud, mud and then soupy o my gosh.. mud!

now, you do not try and hit each other, that will get you a black flag and a two year ban but its a mud race and you hit the walls, each other like bumper cars and you drift out, you spin an more..

in my laps, I hit the snow bank, did a 180 reverse out of it and got rear hit a few times but someone that really did not like that I was on the inside lane and in her way, but when she came out to pass me, she drifted, and I sort of took out her whole front end, and damaged my log, and move the rad back a bit..

our girl was tough, she went on to race three more times in the day.. in our gang and crew, six cars, 6 drivers and a total of 12 races and two semi-final runs. other then chores before and after.. it was the whole day.. and I am done lol

Always be brave enough to get out there and make it happen!

1 Response to ice car races or is that mud races :)