We might have a number of smaller branches down but the farm got very lucky, while we did have to tie a number of things down. Compared to other places that this storm moved though, we really did get lucky.  In one City, Cranes snapped and came down, in Ottawa roofs were ripped off, power poles were snapped down, 100,000 plus out of power across the storm area. We had some area’s with white out conditions and had a 50 car pile up on a highway. You get the idea.. so the fact that we only had the lights flicker a few times, and that the winds blew down lots of smaller branches means we got off lucky indeed.

The cold moved in overnight and its now -21 with the wind chill and that wind is still everywhere. I am geared up in winter mode again I even put the regular knitted hat away and hauled out the muskrat hat.

Interesting tidbit of info for those that don’t live in as cold of a area as we do.. the RCMP use muskrat fur hats for their staff

I found a older Canadian Made Muskrat hat at the local church second hand shop and I snapped it up for a mear dollar. 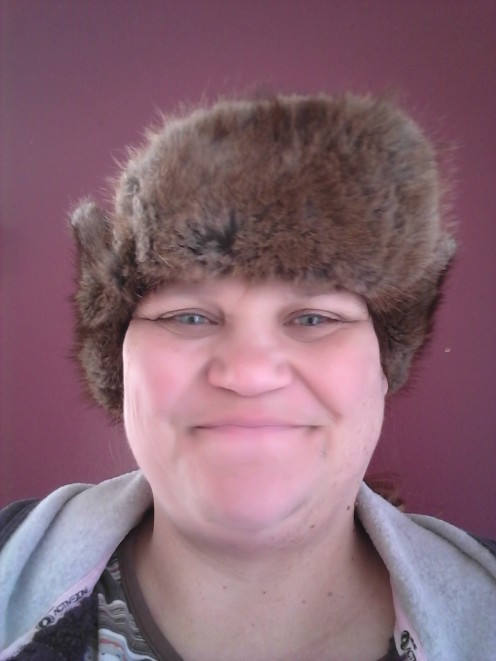 I will be honest I thought they would charge me more but nope.. I got it for a dollar.  It is without a doubt my warmest hat in the house, its also the best one for wind and my ears.. 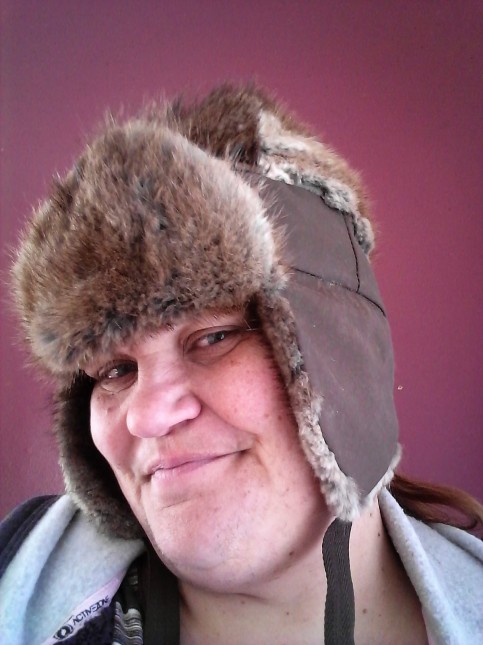 The only issue with it is that my hair does not fit under it, you have to lower the pony tail so it will fit and you can not stuff your hair up and under it. I know from having lived in the Artic of Canada that while frowned at by some folks.. goose down and fur and hide is without a doubt one of the warmest things you can wear in truly bitter cold with bad winds.

Having said that, I am also glad that I can find these type of things at the second hand shops and give them a new working job here on the farm or when I am in the bush. I was and will be again grateful for its warmth later today as I go out for round two of outside chores.

Everyone stay warm and safe today.

This entry was posted in At the kitchen table and tagged second hand shops, Using oder stuff. Bookmark the permalink.

6 Responses to We got lucky!