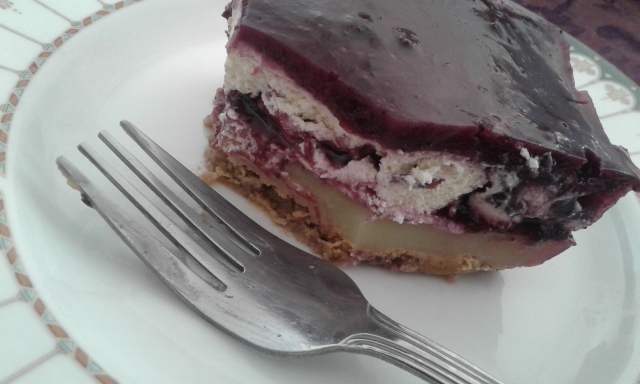 The bottom is the standard graham crumb crust, 2 cups with the required 1/4 cup melted butter, mixed and pressed into the pan.

The lemon layer is a standard lemon pie filling, freshly made and spread evenly, chill the pan till its cold and firm

The topping is rich an yummy but not sweet at all like the other was, one package cream cheese, half a cup of sugar, blended till fluffy and smooth, then I moved that to a small bowl, added two cups of heavy whipping cream, beat till just fluffy, then add the cream-cheese mixture into cream into four equal spoons out, beat till combined and starting to thicken, do not over mix, drop over the bottom layer and then spread over to even out gently. 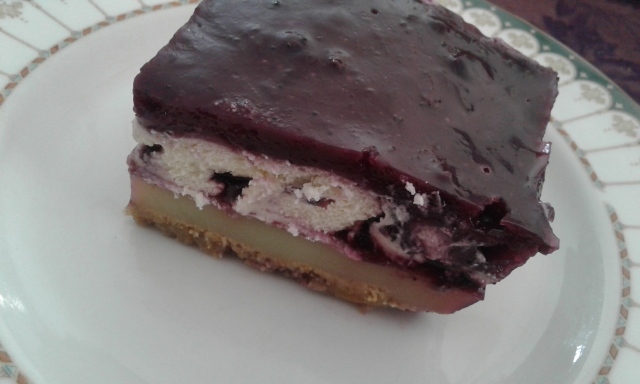 Now having made this, I have made notes to improve it.. I would make the crumb crust double the thickness next time, I would not put the jam on the lemon filling, just on the top..